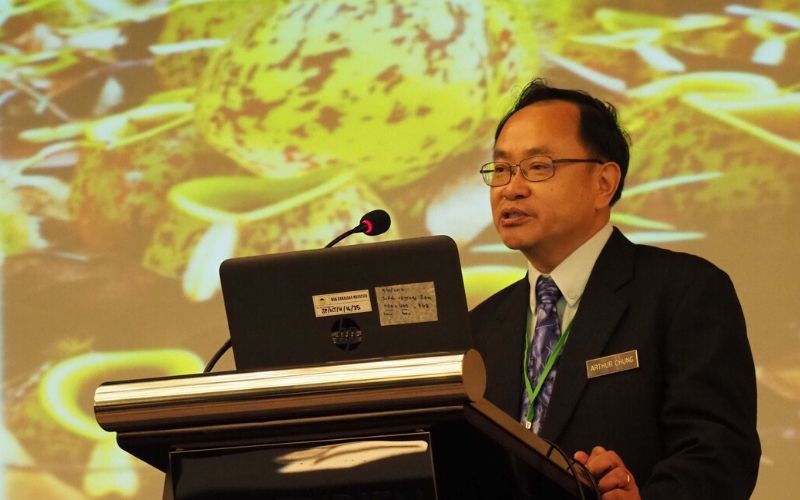 Dr. Arthur Chung is a Senior Researcher at the Forest Research Centre, Sepilok under the Sabah Forestry Department, focusing on entomology. It was both refreshing and insightful to listen to Dr. Arthur’s sharing as I was interviewing him, which also gave me a new sense of appreciation towards the smallest of creatures- Insects.

To date, Dr. Arthur has written more than 150 research papers and articles, and authored two books on insects, namely ‘Ants of Lowland Rainforests of Sabah’ and ‘Discovering Insects of the Heritage Amenity Forest Reserve in Sandakan’. He has also co-authored a few other books which include A Guide to Beetles of Borneo, Mangroves of Sabah – Flora & Fauna, Biodiversity Conservation of the Telupid Forests, Biodiversity & Conservation of the Meliau Range and the Sandakan Rainforest Park.

1. We understand that you took up Zoology as your first degree. What was it that made you interested in exploring entomology specifically?

Entomology is very much part of zoology. At a very young age I have always been very interested in insects because I used to follow my dad to his orchard, and the first insect that made an impression on me were butterflies. It was then that I began to admire the beauty of butterflies and beetles growing up and slowly, other insects as well.

When I was in university, I had the chance to work on insects; in particularly, ants. I did my first and second degree under Prof. Datin Dr. Maryati Binti Mohamed who was then at that time with Universiti Malaysia Sabah. So, that’s how it all started for me.

2. That kind of interest you have towards insects evolved over the years. Is there any type of insect, which you enjoy most doing a research on? Any favourites?

I would say that all insects are interesting, but of course the iconic ones would be butterflies, moths, beetles, dragonflies, stick insects and I started off my first degree on ants, so those remain as some of the insects which I’m really interested in. In fact, some of them are taxonomically difficult to study, that’s why doing research on certain groups of insects is really difficult because they are the lesser known insects, like flies, and even ants are actually quite difficult. But because I started off with ants, I got to know quite a few people who were working on ants, and in research, networking is very important. You must know who the experts who are working on that insect group. If there’s any problems or any difficulties, I will refer to these experts.

3. Is entomology in ecotourism still something new here in Sabah, Malaysian Borneo?

Comparatively, it is new, but it has been here. Most of the time, it’s just that it has not been given much attention to and it is very natural for people to be more attracted to the bigger and more iconic wildlife here. You cannot compare an orangutan with any insects. You see, if you have tourists coming from elsewhere, they have not seen an orangutan before and of course, they will spend far more time with the Orangutans and other iconic wildlife, rather than insects because insects are small, and a lot of people don’t find them very interesting. But in fact, insects are very diverse and if you zoom in to look at them, they are quite spectacular, not only in terms of colours but also in shapes, size, form and so on. Which is why there’s a need to bring out the beauty of insects and showcase them to the people, then only they will start to acquire the kind of interest and appreciation towards insects.

I’ve been a resource person for a group of people who went to Danum Valley, and I spent some time with them. They were actively going out to search for the more iconic wildlife especially Orangutans, and they will spend hours observing and photographing the Orangutans rather than hunting for insects. Once they’ve had enough of the Orangutans, then they’ll ask me, “Arthur, can you show me some insects?”.

Presently, that’s the perception people have but as an Entomologist, I will do my best to promote insects. There are plenty of insects in the tropical rainforests, many beautiful butterflies, beetles and other insects as well. It’s just how we are going to showcase their beauty to others. We are very blessed to have such beauty and diversity of not only wildlife and birdlife, but insects too, and we should take advantage of butterfly and dragonfly watching, and so on.

4. Besides entomology and insects, is there anything else that you are passionate about?

I like to paint and photograph, I used to paint a lot last time. I do watercolour painting, oil painting, but since I’ve ventured into photography, photography is now one of my passion. I take a lot of pictures and I compile them.

5. Being a busy man, what is it that drives you every day to continue what you’re doing?

Number one, it’s passion. Number two is commitment and number three is responsibility on what you are doing. But out of all this, passion comes first. If you enjoy what you’re doing, it comes naturally.

6. Are there any big projects you are currently working on now?

In terms of entomology, I’m currently involved in the Heart of Borneo Initiative where we do documentation of insects and also insect diversity in various forest reserves in Sabah. Every year, cover at least four to five forest reserves to document the insect fauna, so that is one of our main research program. This has been going on since 2008 and is still ongoing because Heart of Borneo Initiative is a project of priority under the Forestry Department. It involves three countries, Brunei, Indonesia and Malaysia, with one vision on conservation, especially focusing on the inlands on Borneo. For my part, my focus is on insect diversity. Besides that, we also do documentation on forest insect pests by researching on some of the pest species of certain trees. Because if that particular tree has been recommended for tree plantation, we have to know what the kind of pest species involved.

7. Do you have any advise for youths who are interested to go into entomology?

First, you must be interested in the subject because not everyone likes insects. If you find insects disgusting and if you can’t change your mindset towards insects, then that would not be your field. You must be interested on insects, then only from there you can move on. To venture into entomology, I think it’s very good to take up photography and then you’ll appreciate the beauty of insects, and from there you can learn much faster. People always say, a picture will tell a thousand words, so from the picture that you have, you will be able to explore more information and you share these with other people, and write articles- That was how I started, by writing articles about insects and I also learn and receive feedback from others.

To read more interesting stories like this, check out our Wild Borneo Magazine for your reading pleasure! 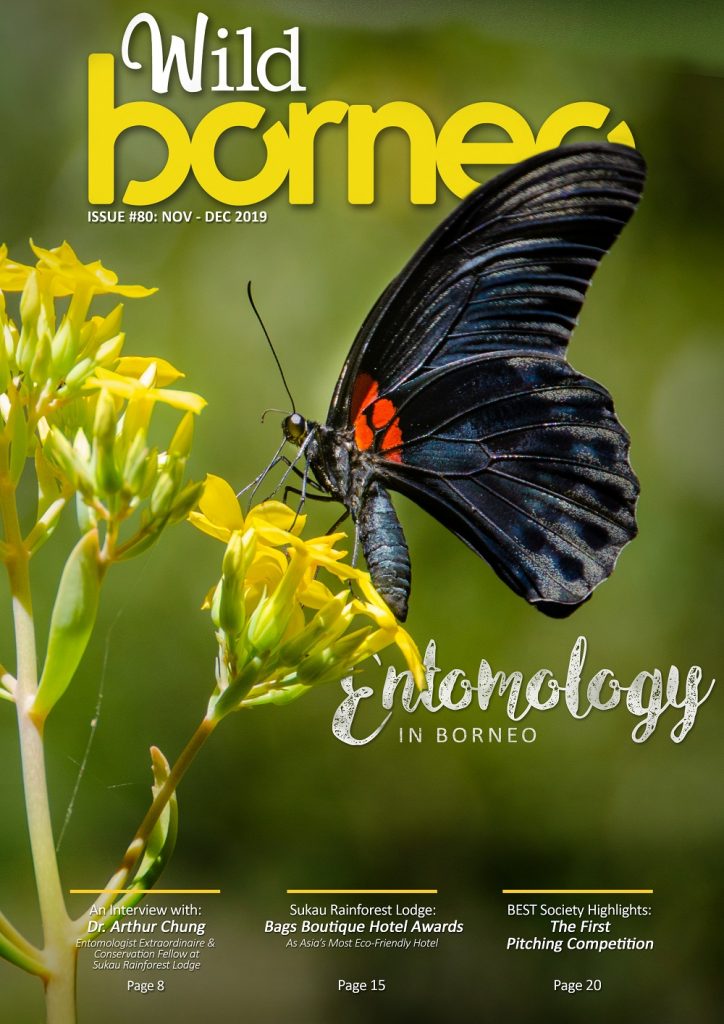