An Interview with Michael Groom, Mountain Climber Enthusiast and Man of “Sheer Will”

An Interview with Michael Groom by Erica Tibok 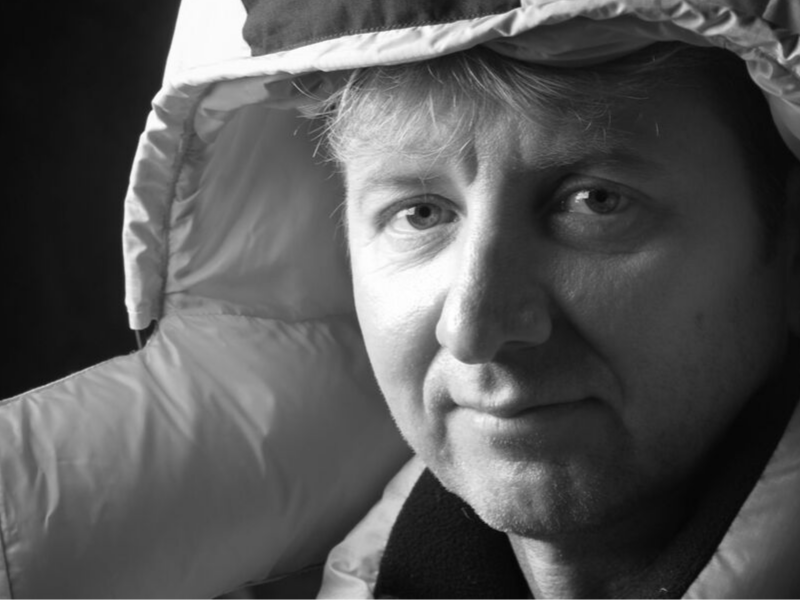 When I first met Michael Groom in person, it’s hard to imagine that someone like himself has climbed Mount Everest and experienced such life-threatening situations that nearly crippled and killed him! As he sat across from me for our interview session, I can’t help but feel truly privileged to hear about his experience as a mountaineer first-hand.

Though Michael has been on top of the world when he reached the peak of the world’s highest mountain, he is incredibly down-to-earth. Speaking with him was nothing short of awe-inspiring and humbling, and you will find out why in this interview.

Few people would remember the 10th October 1987 more than Michael Groom. At 6.15 pm Michael became the first Australian to climb the world’s third highest mountain, Kangchenjunga, without the use of bottled oxygen or Sherpa support. Finally, in 1993, he was able to achieve his childhood ambition of climbing Mt Everest.

1. Mountain climbing has been a huge part of your life’s journey. What ignited that passion and hobby?

I actually grew up in a part of Australia that’s very similar to the rainforest here (in Sabah), and when you grow up in the country, to amuse yourself you go out and have great adventures like climbing trees and climbing rocks, and building what we call cubby houses, camping, swimming and bush walking. As a young boy that’s what I became very used to at a very early age even before I started school. And as I got older, I only wanted to go further, higher, steeper and of course that leads to rock climbing, which then leads to mountaineering, and I never lost that desire to climb.

2. Your attempts of conquering some of the world’s hardest climbs without the aid of supplemental oxygen is out of this world. Why do it?

I believe when you’re trying to climb or conquer a mountain, you rise to the level of the mountains, don’t bring the mountains down to your level. So, you should either become good enough to climb the mountains on their level because if I use oxygen, I’m just bringing them down to my own level. Anyone can climb Mount Everest if they use the same amount of oxygen like we’re breathing here at sea level, but the real challenge of Mount Everest is climbing it on its terms. 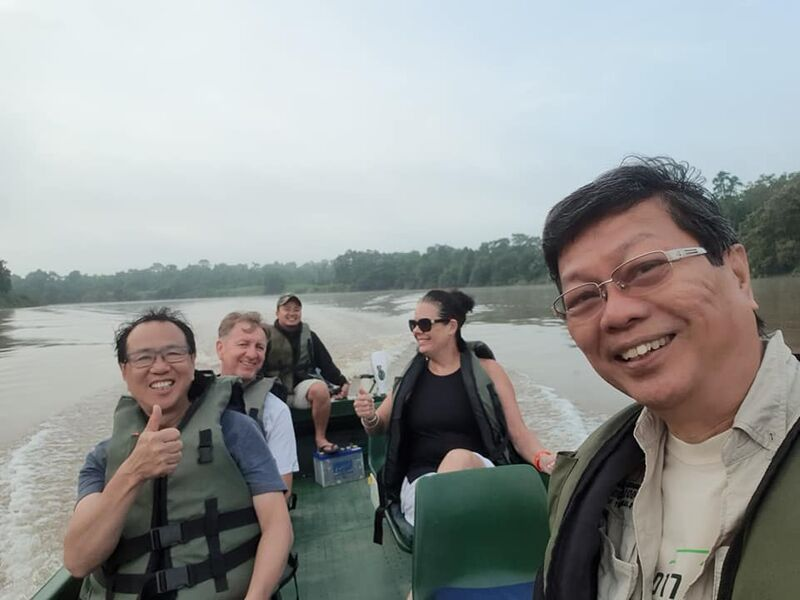 Our MD Albert Teo, Dr. Alan Wong from Hong Kong, Michael Groom and his wife Judi and also their guide Nexter during a river cruise in Sukau.

3. What kind of preparations did you have to make for your climbs?

I started bush walking and rock climbing in Australia but we have no mountains so the next available place is New Zealand and somewhere about the late 70s early 80s I did a mountaineering course and climbed for a couple of summers there. I then went to live in Alaska for a year and a half where I worked and climbed. Then I contacted Australia’s leading Himalayan climbers at that time to ask them whether they can take me to the Himalayas as a climbing apprentice, because the big step from New Zealand mountaineering to Himalayan mountaineering is a huge step, and a dangerous step if you’re not careful. Fortunately for me, they agreed to take me as an apprentice climber. I did two expeditions with Tim Macartney-Snape and Lincoln Hall who were Australia’s world class climbers in their own right. After I did those two expeditions, I had to start organising my own expeditions because there was no one else around doing what I wanted to do. After I had successfully done three or four expeditions, I had climbers calling me asking if they could join my expedition. I did that for a while and by the time I attempted to climb Mount Everest, I had maybe eight to twelve Himalayan expeditions under my belt. So, I had a bout a decade of experience in Himalayan mountaineering before I decide to climb Mount Everest.

4. Your achievements are nothing short of incredible and inspiring. Can you tell us what is it that drives you every day?

It’s the desire to live a rewarding and fulfilling life. I know for everyone it’s different, but for me that reward comes from Mother Nature and adventure or activities in and around Mother Nature.

5. Could you share with us about one of the most difficult challenges that you had to face in your life and how you overcame it?

I faced my fear of public speaking by first taking up a public speaking course and then just practicing. I received a lot of invitations from schools, scout groups, rotary clubs, church groups, all wanting to hear my story. For two years, I did that on a regular basis just to deal with my fear of speaking in public. Today, I’ve turned that fear into a skill or rather a profession, which I think is strange at the end of the day. 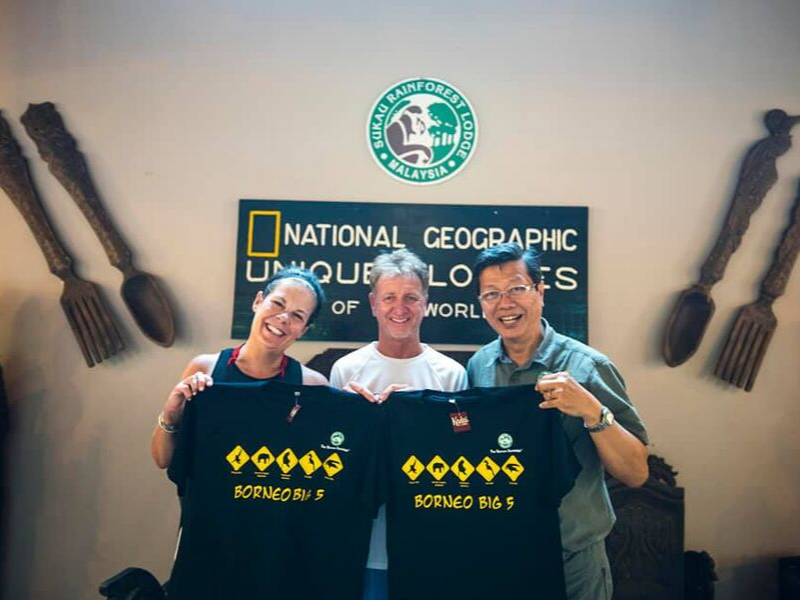 Judi and Michael together with Mr. Albert Teo posing with their Borneo Big 5 t-shirts after spotting all 5 or the Borneo Bigs.

My whole like would not be a whole lot different and I don’t dwell on what had happened in 96. I respect that a whole lot of people had lost their lives. I was six out of ten in my group that day to get to the summit and only one of two that came down, and I have respect and sincere thoughts for those people lost their lives, but for me it was a small chapter in a big life as a mountaineer, but for others it was a book. For others it was a big event in their lives, for me as sad as it was, it was a small chapter and I don’t dwell on it. From my point of view, there was no one to blame, there were no heroes, no villains and climbing Everest is dangerous and sometimes you can’t escape that. 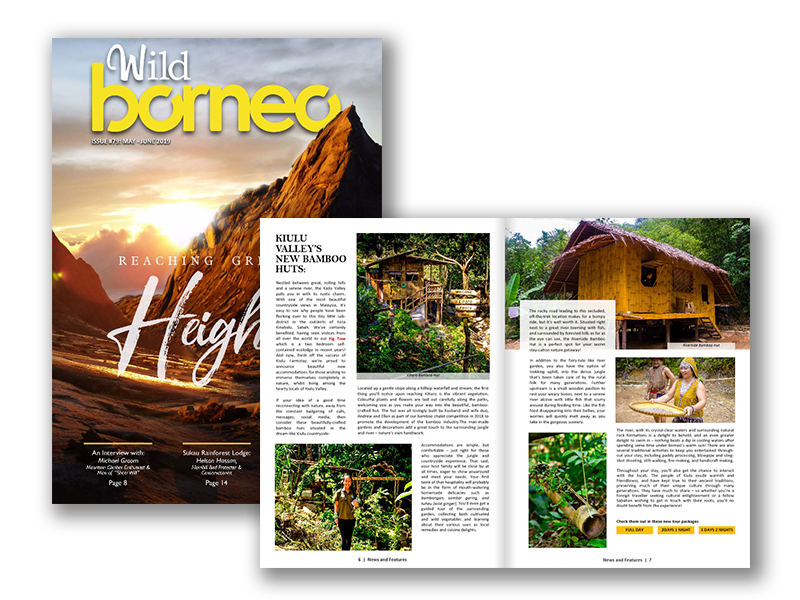 Read the rest of the interview on our 79th Wild Borneo magazine issue which you can check out here: Wild Borneo 79