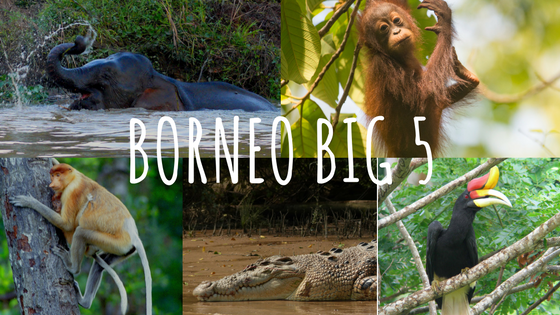 The Borneo Big 5 is one of our most popular tour package which encompasses wildlife tours across destinations like our renowned Sukau Rainforest Lodge, Gomantong Caves and also the luxurious Borneo Rainforest Lodge. These locations are most ideal to view wildlife and the combination of these destinations will give you an even greater chance to encounter them, especially the ‘Borneo Big 5’!

WHAT ARE THE BORNEO BIG 5?

Borneo Big 5 actually stands for the five most iconic wildlife animals in Borneo which are the Pygmy Elephant, the Proboscis Monkey, the Orangutan, the Rhinoceros Hornbill and also the Estuarine Crocodile.

WHAT MAKES THEM SO UNIQUE?

Well, firstly these Big 5 can only be found in Borneo and nowhere else in the world! Besides that, they have some pretty amazing and distinctive features that set them apart from their cousins. 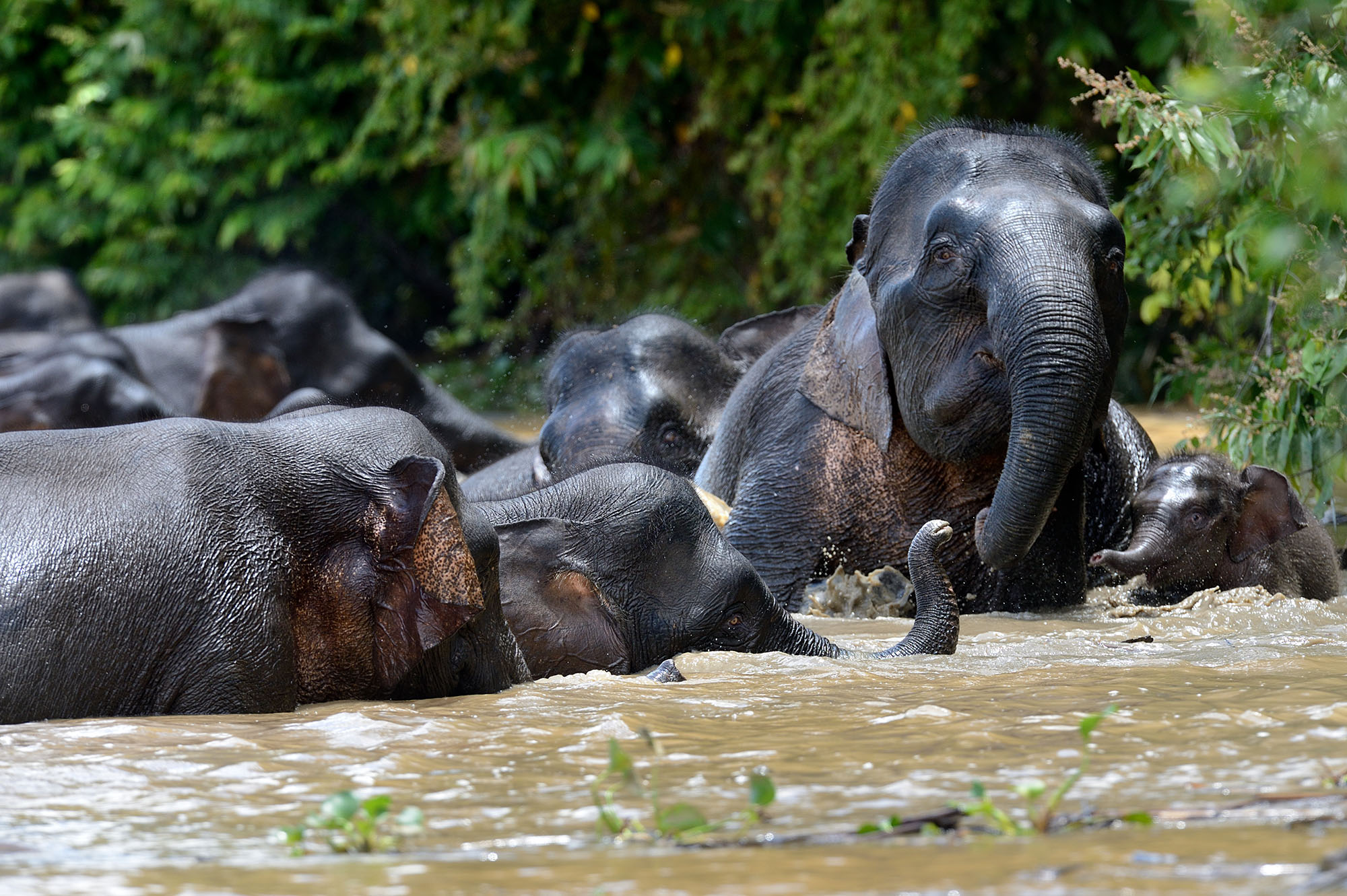 The Borneo Pygmy Elephants for instance, though largest of mammals in Borneo, they are the smallest elephants in the world! They’re different from their counterpart because of their smaller faces that makes their ears appear larger. They also have longer tails which for some, can reach to the ground and also straighter tusks. Sadly, the existence of these Borneo giants are still facing threats today due to habitat loss as well as poaching. Conservation efforts have since been ongoing and heightened to protect their welfare. 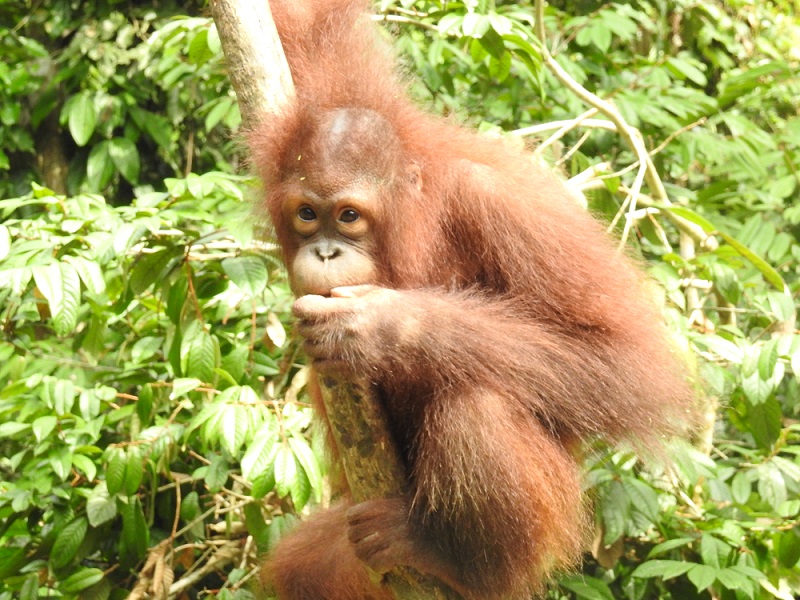 Another Big 5 is the Orang Utan or ‘Man of the Forest’. The orang utans can only be found in the islands of Southeast Asia of Borneo and Sumatra. Orang utans like to live independently, unlike other great apes such as gorillas and chimpanzees. Being solitary in nature, the orang utan mother normally stay with their young for up to eight years, which is longer than the time spent for other great apes. The orang utans are currently listed as a Critically Endangered species. The obvious cause of this is wide-spread deforestation activities that threaten their habitat and leave many of these beautiful creatures without a home. Besides that, illegal poaching and pet trade have also left many mother orang utans killed and their young ones orphaned. That is why the Sepilok Orang Utan Rehabilitation Centre was set up to carry out their mission of caring for orphaned and also displaced and injured wild orang utans. The Rhinoceros Hornbill is another magnificent Borneo 5, is the largest hornbill in the world and are almost as big as a full-grown swan. It has a very distinctive yellow-golden-ish horn which is called a casque on its head, just above its beak. The casque is actually hollow because it acts as a chamber to amplify the Rhinoceros hornbill’s calls. This majestic bird is also known as the National Bird of Sarawak, Borneo. Just like most wildlife in Borneo, these birds too face threats by both habitat loss as well as hunting. 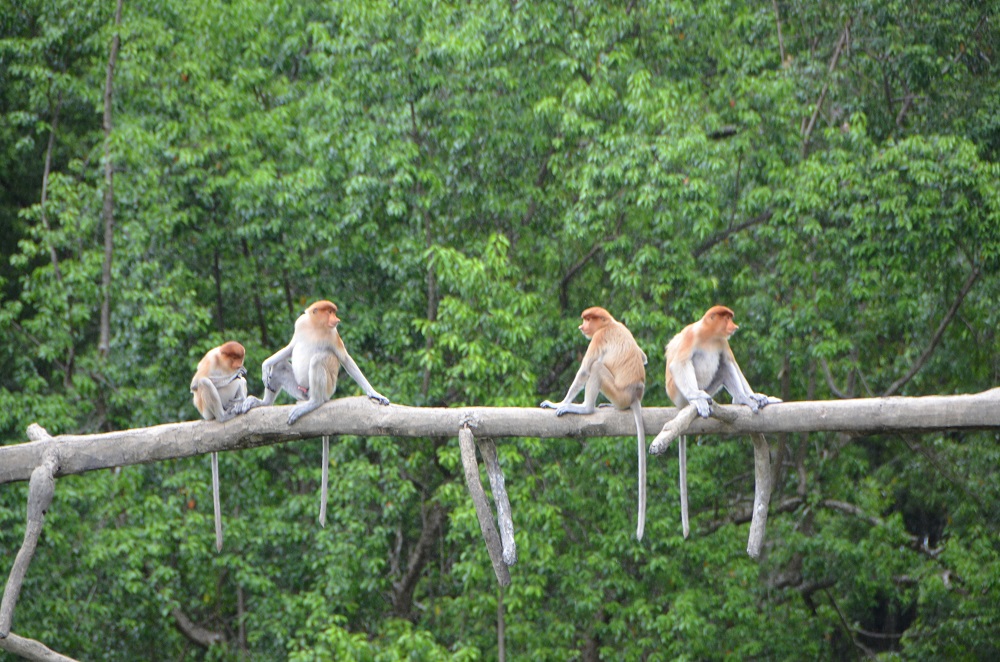 Deemed as ‘The World’s Weirdest Monkey’, the Proboscis Monkey has a super distinctive feature that really makes it stand out from its other monkey cousins- Its nose. The male proboscis monkeys actually have larger noses compared to their female counterpart and in the world of proboscis monkeys, size really does matter. The females are more attracted and prefer to mate with males with larger noses. The noses are said by scientists to act as a chamber that amplify their calls. They also have webbed feet which actually makes them great swimmers, especially to swim away from crocodiles. According to NatGeo, the proboscis monkey populations have plummeted over the last 40 years, which is sad news. They are currently protected from hunting or capture in Borneo and are listed as an endangered species. 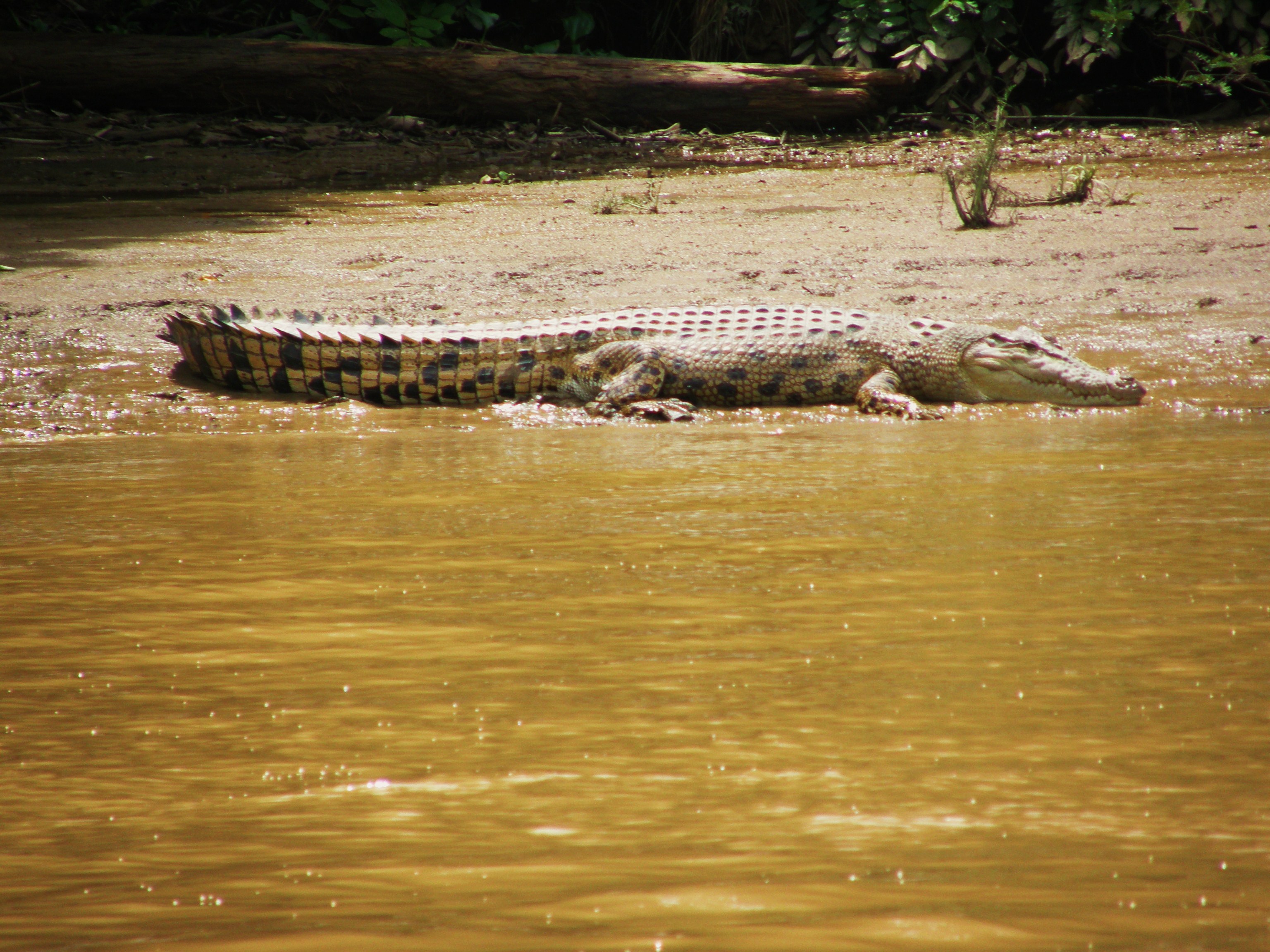 Finally, the Estuarine Crocodile can be found along the river of Kinabatangan. This deadly reptile is known today as the world’s largest crocodile. As soon as they hatch, they are known to already demonstrate hunting skills that allow them to survive in the wild, preying and eating insects, crabs and prawns among others. These crocodiles are nocturnal but also hunt during the day if they see a chance to feast.

If you’re into wildlife viewing or simply being one with nature, we highly recommend The Borneo Big 5 tour!