Besides spotting wildlife in Kinabatangan, nothing is as exciting as taking a river cruise down the river in search for some fascinating and exotic birds. With a reliable, informative and sharp guide as your company, it makes the birding experience all the more worthwhile. Here’s a list of birds in Kinabatangan that every birder needs to have on their birding list! 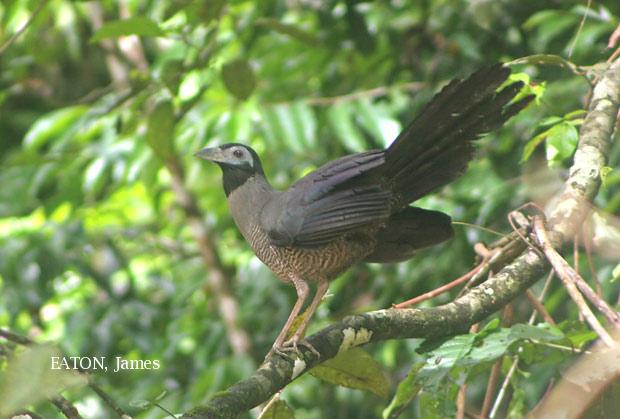 1) Bornean Ground Cuckoo / Carpococcyx radiatus
As its name suggests, The Bornean Ground Cuckoo is a species of cuckoo in the Cuculidae family and is endemic to Borneo. It can be found in the humid rainforests of Brunei, Indonesia as well as Sabah, the state of Malaysia. This large terrestrial of its species is currently facing threat because of habitat loss. 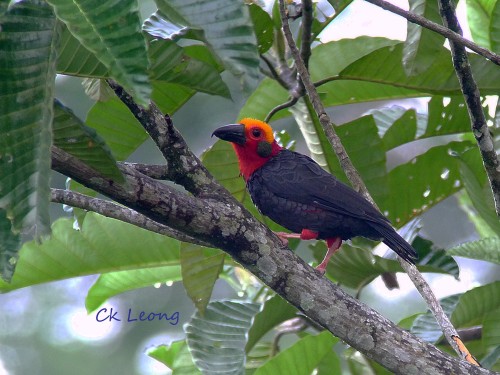 2) Bornean Bristlehead / Pityriasis gymnocephala
Because of the bristly hair on its head, it’s no mystery how the Bornean Bristlehead got its name. This uncommon and enigmatic species is endemic to Borneo and can be found in the high canopy of the rainforest. 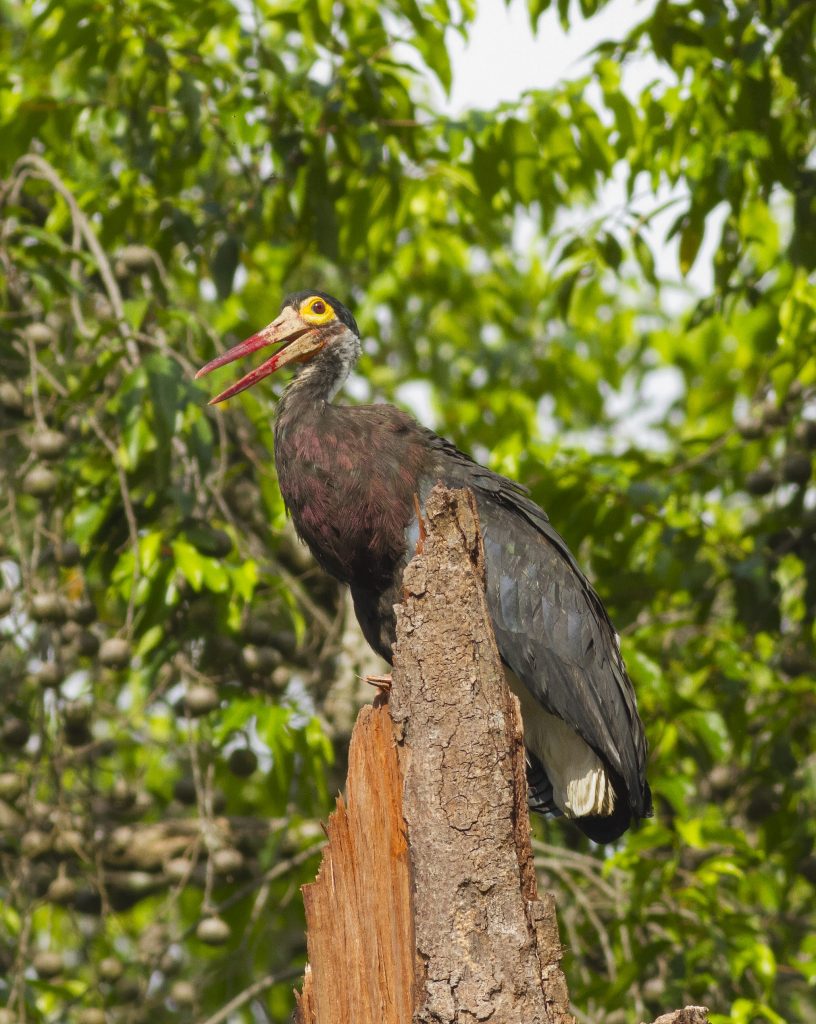 3) Storm Stork / Ciconia stormi
The Storm Stork is the rarest stork of all and it can be found mainly in the lowland rainforests of Malaysia and neighbouring countries Thailand and Indonesia. This medium-size of a stork species is rare to sight because there is currently less than 500 (estimated) of Storm Stork in the wild left.
Read Wild Borneo Issue 72 here.

4) Helmeted Hornbill / Rhinoplax vigil
Not the most attractive of all birds, but nothing less of a marvel either, the Helmeted Hornbill is the largest Hornbill of its family. The helmet-like structure on its head, which is known as a casque weighs about 11% of its 3kg weight. This bird uses its casque in a head-to-head combat with other male Helmeted Hornbill. Its casque is almost solid, unlike the casque of other hornbill species. 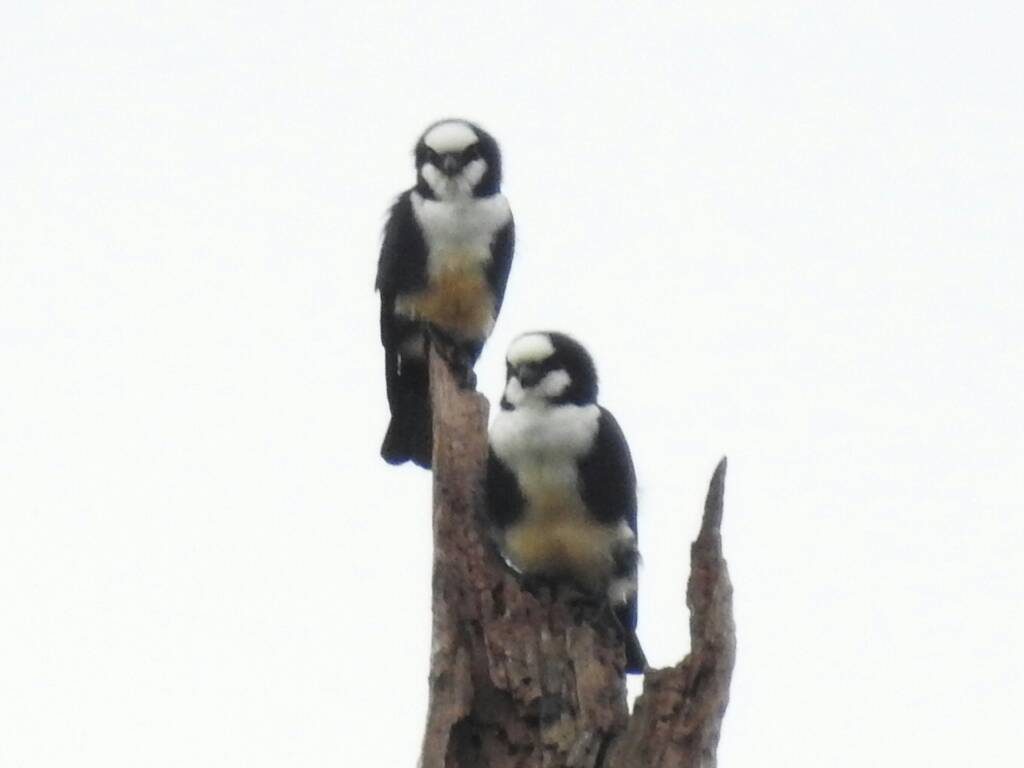 5) Bornean Falconet / Microhierax latifrons
The Bornean Falconet is also known as the White-Fronted Falconet. It is endemic to Sabah, Borneo and is arguably one of the smallest bird of prey in the world. Though it has a moderately small population, it is not uncommon to see a Bornean Falconet in Kinabatangan. 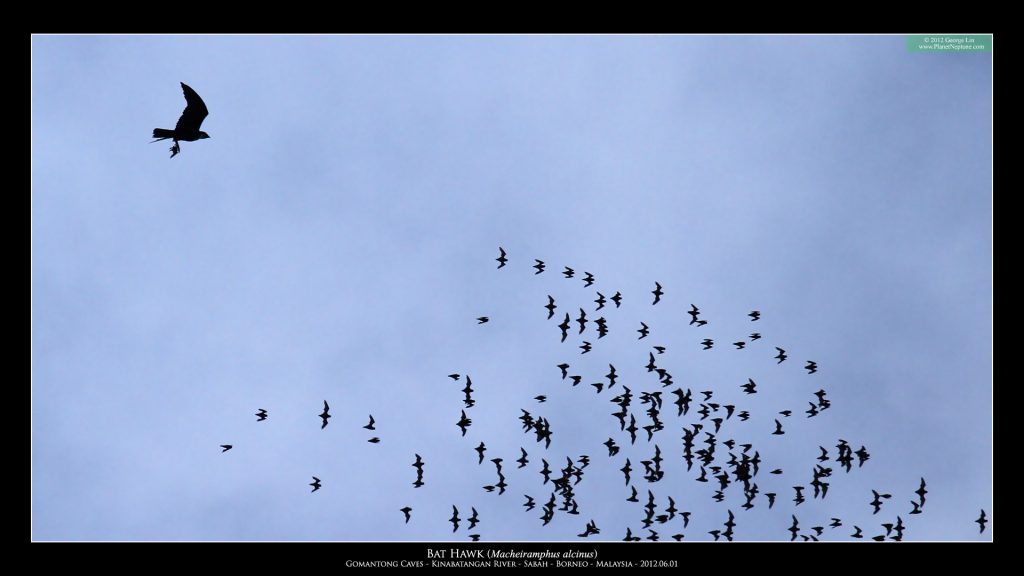 6) Bat Hawk / Macheiramphus alcinus
This predator of bird is a raptor and skilled hunter. As its name suggests, its diet consists mainly of bats, but not restricted to other preys like swallows and swiftlets. The Bat Hawk can be found in Thailand, Malaysia, Indonesia, Madagascar and Papua New Guinea. 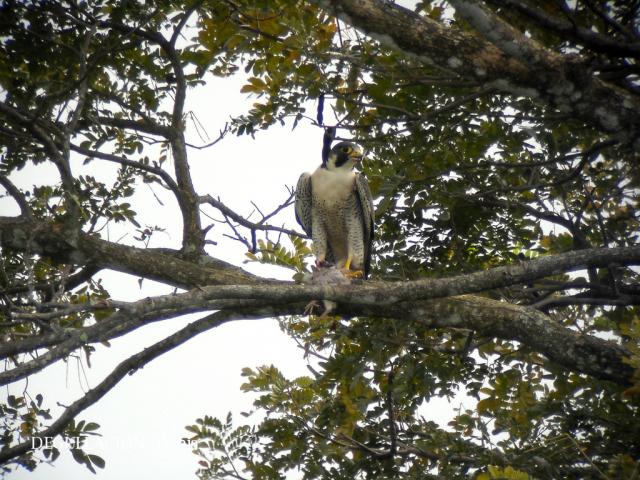 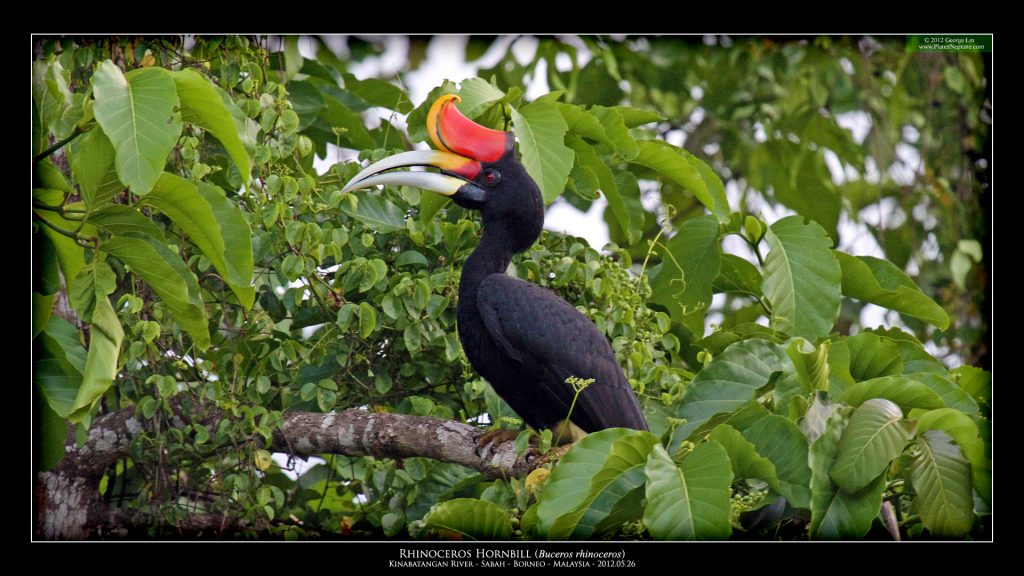 8) Rhinoceros Hornbill / Buceros rhinoceros
The Rhinoceros Hornbill is a large arboreal of the hornbill species and is known for its huge bill and casque, usually a red-orange-yellow colour. This majestic bird is the ‘state bird’ of the Malaysian state of Sarawak, which the native Dayak groups of Borneo believe is the chief of all birds.

To experience Borneo’s birdlife wonders to the fullest, a decent pair of binoculars is a must! If you don’t have a pair yet, have a look at this guide to choosing binoculars that are great for hiking and daytime wildlife observation.