Things about Gomantong Cave in Sandakan, Sabah Borneo That You Must Know About

Whether you are an ardent cave explorer or a curious traveller, Gomantong Cave is one of the many highlights of Sandakan, Sabah Borneo which you must visit at least once in your lifetime. Its intriguing geological feature is a feast for the eyes! Well, unless you have a fear of the dark and creepy crawlies, but we’ll get to that part later in this post, so read on!

Here are just some other interesting facts that you should know about Gomantong Cave in Sandakan, Sabah Borneo:

1. It’s worth exploring the outside of the cave as much as the inside

You can also admire Gomantong Cave from the outside too because it’s surrounded by 3,297 hectares of protected virgin rainforest. This means that you can explore the outside surrounding of the cave where there’s a chance of wildlife sightings of orangutans, red leaf monkeys and white crowned hornbills, just to name a few! Sightseeing around the area just before dawn will also give you a chance to witness the bat exodus from outside the cave, which is a pretty cool sight! So if you’re not into the dark, exploring the outside of Gomantong Cave is just as worthwhile. 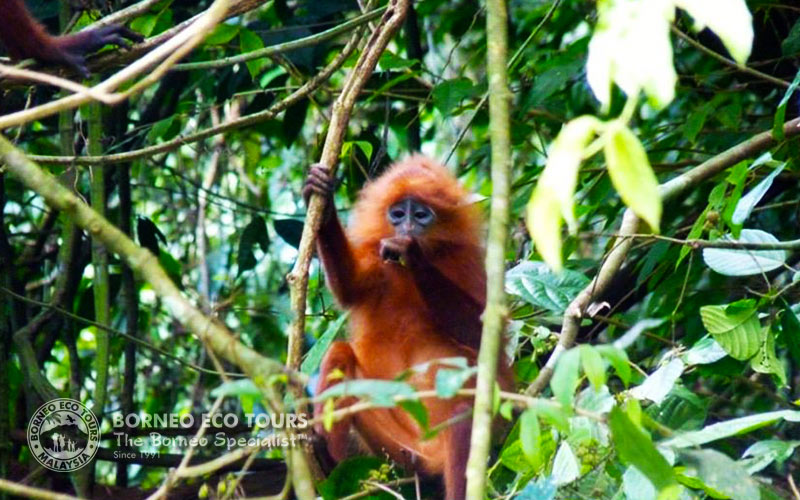 Well, according to traditional Chinese beliefs, these bird’s nests have many health benefits, such as speeding up recovery, and also beauty benefits like keeping the consumer looking youthful.

These bird’s nests are mighty expensive because of the dangers and risks of harvesting them. Harvesters risk their lives to collect these bird’s nest which are located super high up on the walls of the caves.

Some people have been known to risk their lives to steal these bird’s nest because of the price it’s fetching in the market today. 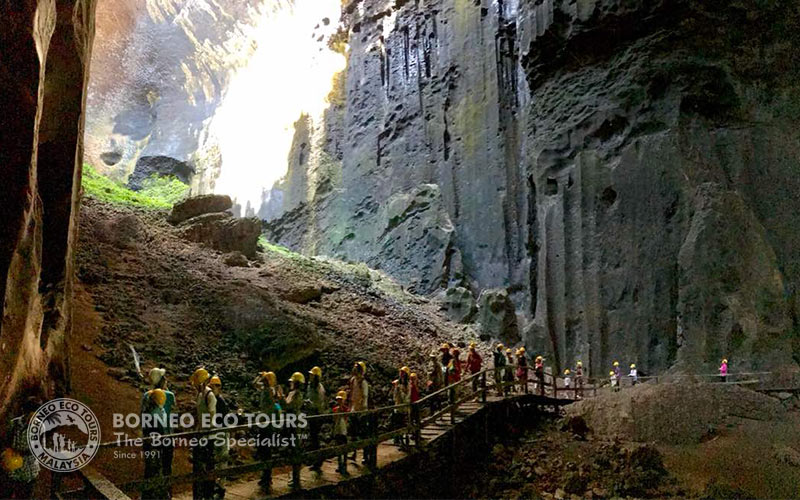 3. There are actually two cave complexes of Gomantong Cave

The two cave complexes are known as the Simud Hitam or Black Cave and also Simud Putih, also known as the White Cave. The Simud Hitam is the cave that is normally visited by tourists together with their guide and is located just five minutes away on foot from the registration centre. You can easily access the cave as you follow the boardwalk to the said destination, and maybe even spot some wildlife along the way.

Simud Putih is a more challenging site to explore and conduct caving activities, and would require prior arrangements if you wish to explore it. Simud Putih is also where the more valuable nests are found and harvested, and security here is even tighter.

There are three security posts inside Simud Hitam, and the security personnel has to stay inside the cave day in and day out to guard the bird’s nests. Well, not really. They will only leave the cave to go out to eat, do their laundry, use the restroom and shower only! We can’t begin to imagine living like that but these people seem to have no problem doing what they do. Because of the nature of this job and the living conditions you need to deal with (like the guano, and lots of it), this job could easily top the list of worst job in the world! But then again, they are doing an incredible work guarding the cave and making sure that no thieves or trespassers enter to disturb and steal the bird’s nests.

Read more about the Caves of Borneo in our Wild Borneo 74th issue here!

5. People have lost their lives during the harvesting of the bird’s nests

And also failed attempts to steal bird’s nests. We’re not really sure how many casualties and deaths there are to date, but the latest record of a harvester who fell to his death was back in August 2016, and no deaths were recorded in 2017, which is probably a really good thing.

6. The cave is infested with creepy crawlies including cockroaches

This here is a heads-up to all who wish to visit this intriguing cave. And for this very reason, it’s exactly why going into Gomantong Cave is not for the faint-hearted- Unless you plan to use this unique experience to face your fears of the dark and roaches.

Its walls are blanketed with thousands (or maybe even more) of cockroaches that the sight might not something everyone can easily stomach. However, there are numerous visitors who have braved the sights and scenes because it was such an out-of-the-ordinary moment to experience at least once in your lifetime. The cave is said to be home to the most number of cockroaches in the world- and though that’s not something any place should be famous for, it’s still pretty incredible, no? 7. Sir David Attenborough has filmed a documentary at Gomantong Cave

Yessss! The legend himself has been to some parts of Borneo, including Gomantong Cave to shoot a documentary, and he was 88 years young during the filming! It’s incredible, really. Even at that age, Sir David’s passion is unwavering!

During the filming of the documentary, he had to be hoisted up on a rope pulley and spoke to a camera fixed to a flying drone known as an ‘octocopter’, and it was definitely a challenging shot to capture. Millions of bats were whizzing past on their way out of the cave for their hunt during the shooting, which was the highlight of Sir David’s trip to Gomantong Cave.

8. Royal Malaysian Forces use Gomantong’s rainforests as a playground

We meant “playground” as in “hardcore training ground”. Every year, the Royal Malaysian Forces uses Gomantong’s challenging jungle landscapes to conduct their vigorous training especially to train them for jungle survival.

Read more about the Caves of Borneo in our Wild Borneo 74th issue here!

Activities, Travels
SHARE
Facebook
Twitter
Google
The Pledge Wall: One Small Step Towards #sustainability
Get to Know Sandakan, the Elopura and Nature City of Sabah, Borneo